Thank you! Your submission has been received!

Making the AfCFTA work for Africa

On the 30th of May 2019, the historic African Continental Free Trade Agreement (AfCFTA) officially entered into force, a year after it was officially launched in Kigali, the capital of Rwanda. In terms of the number of participating countries, the AfCFTA has become the world’s largest free trade area since the formation of the World Trade Organization. The AfCFTA is bringing together all 55-member states of the African Union covering a market of more than 1.3 billion people, including a growing middle class, and a combined gross domestic product (GDP) of more than US$3.4 trillion. The AfCFTA is meant to lay the foundation for the establishment of a continental customs union, which will advance regional economic integration on the continent.
This ambitious endeavour by the African Union is to be commended and heralds a sign of progress in terms of the clamour for African Integration and Pan Africanism. In this article we speak with Ivan Ojakol of Origo Advocates and the founder of the Centre for Digital Trade-Africa(CEDIT-Africa) to get his views on what it will take to make the AfCFTA work in improving intra-African trade.

The AfCFTA is being heralded as a global game changer and will set an example for the world. What are your thoughts on this opinion?

I.O - At the risk of repeating the cliché, yes, the AfCFTA is a game changer. I mean with the fact that the trade pact has the potential to lift millions of Africans out of poverty, it is also expected to increase the usually meagre intra-African trade by over 52%. But let’s be honest, none of this will work out without political will. There are still countries that have not ratified the agreement or even for the case of Eritrea not signed it. The conclusion of negotiations on Rules of Origin is taking way longer than they should have taken. Some countries are yet to submit their tariff concessions. Many a common man in Africa has no clue about this high-minded term ‘AfCFTA’. Thankfully, the AfCFTA is a long-term game, but still, that does not call for complacency. So political will is the answer.

When can Africa begin to benefit from this framework and what will early success look like?

I.O - Well, under the Agreement, LDC’s who are the majority in Africa for example have 10 years to liberalize up to 90% of their tariff lines, LDC’s also have up to 13 years to liberalize 7% of the tariff lines of their sensitive products. The non-LDC’s have up to 5 and 10 years in the respective categories. Early success will be if African countries can beat the above deadlines in say the next three years. That would be something. If the negotiations on Rules of Origin can be completed by the end of this year, then that will without a doubt be some major progress. In conclusion, I however think that the perfection of trade under the Regional Economic Communities (REC’s) in the next 3-5 years could spell our biggest shot at early success of the AfCFTA because like the Agreement states, these REC’s are the building blocs towards the AfCFTA.

The African Continental Free Trade Area (AfCFTA) is one of the Flagship Projects of Agenda 2063, Africa’s development framework. The AfCFTA was approved by the 18th ordinary Session of the Assembly of Heads of State and Government, held in Addis Ababa, Ethiopia in January 2012 which adopted the decision to establish an African Continental Free Trade Area and the Action Plan for Boosting intra-African trade as a key initiative whose implementation would promote socio-economic growth and development. The Agreement entered into force on 30 May 2019 for the 24 countries that had deposited their instruments of ratification by this date. To date 54 countries have signed the agreement, with 37 countries having deposited their instruments of ratification.

As of July 2019, 54 of the 55 African Union states had signed the agreement, with Eritrea the only country not signing the agreement. Of these member states 27 have deposited their instrument of ratification.

IP occupies a central role in the agreement underpinning the AfCFTA. How do you think IP should be addressed in the AfCFTA Protocol on IP to fully benefit the continent?

I.O -This AfCFTA IP Protocol presents an opportunity to African-ize IP which for long has been looked at as a western concept. I look forward to seeing how it will address what is viewed as African IP in Geographical Indications, traditional knowledge (TK), traditional cultural expressions (TCEs) and plant varieties. How that Protocol addresses this will go a long way in ensuring that the value of IP is appreciated by the local man or woman in Ibadan, in Jinja, in Abidjan and elsewhere. The harmonization of the different IP regimes in Africa is also important. We have the African Regional Intellectual Property Organisation (ARIPO), the African Intellectual Property Organization (OAPI), and the Pan-African Intellectual Property Organization (PAIPO )-the latter claims to harmonize ARIPO and OAPI but as far as I am concerned has not achieved much thus far.

To date, 35 of the African Union’s 55 member States have ratified the agreement with some of the bigger economies like Algeria, Morocco, Angola and Tanzania among the latter. Is it in their best interest to ratify the agreement? Do you foresee more African nations joining?

I.O - More countries will join along the way without a doubt. They just have to get over that zero-sum game of protectionism. In summary, successful implementation of AfCFTA is down to two words "Political Will".
Ivan Ojakol is a Ugandan lawyer and Advocate of the High Court. A commercial lawyer with special expertise in International Trade, TMT (Technology, Media and telecommunications), Intellectual Property, Tax, Sports Law and International Arbitration, he is also a member of the Uganda Law Society, the East African Law Society, the African Bar Association, the International Bar Association (as a Website Officer on the African Regional Forum) and the American Bar Association (serving on the Section on International Law, Africa Committee). 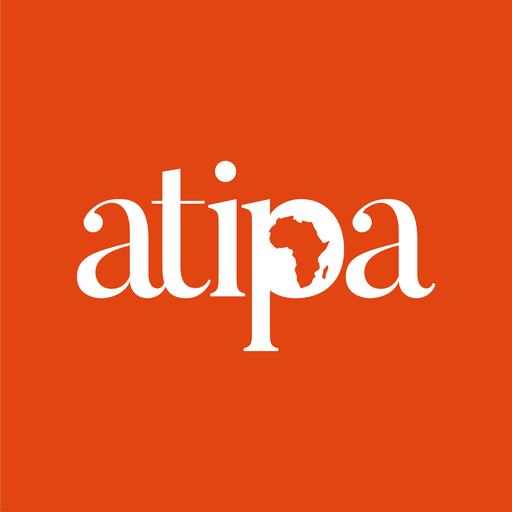 By subscribing to our mailing list you will always be updated with the latest news from us.
Thank you! Your submission has been received!
Oops! Something went wrong while submitting the form.

Protect your IP in Africa.

Registration, Management and Enforcement of your various intellectual property titles in Africa.
Request a Quote